We believe, we are the future of the Isoko Nation here in the United States of America and there have been this need for us together among ourselves to form a conhesive bond that will take over the touch from our parents.

We are Isokos and our vision is to embrace our identity, learn and to dessiminate it. We will strive the learn the culture, the language, the custom and also to preserve them for our children.

Membership eligibility is open to all Isoko person by birth, marriage, adoption and to others who identify with our mission. Members must also be be, between seventeen (17) and thirty-nine(39) years old.

Membership rights and powers shall be as set forth in the article of Incorporation of Isoko Association of New York/New Jersey and Connecticut Young Adults' Wing section (IANY-YA). Except as may otherwise be provided by law, the Article of Incorporation, or by the Bylaws of the Young Adults' wing. The IANY-YA shall determine the number, qualification, rights, privileges, dues, fees, responsibilities, and the provisions governing the withdrawal, suspension, and expulsion of members. All members in good standing as defined in IANY-YA bylaws have the right to vote and be voted for all such occasions.

The Isoko Association of New York/New Jersey and Connecticut Young Adult wing shall meet every two months and at other times meetings are called by the Young Adults General Assembly. Such Meetings, shall be held on the last Saturday of the month at 4:00pm. Special meetings may be called at any time by the President and submitted to the Secretary who will provide written notice that is duly served on, sent by electronic mail to all members not less than seven days before such meeting.

Meetings shall be held at the location specified in the Secretary email or message use to summon members to the meeting.

Except where by law or by the Bylaws of the Young Adults' winf, the meeting of members of the Young Adult does not require physical presence only, though it is encouraged. The Young Adults may also transact business by mail, electronic communications, video conference or by any combination of these. 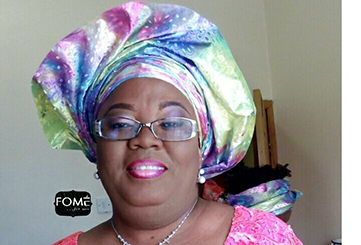 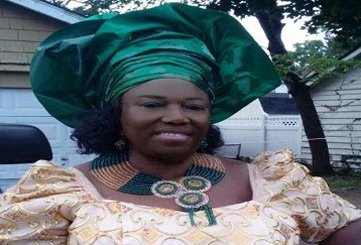 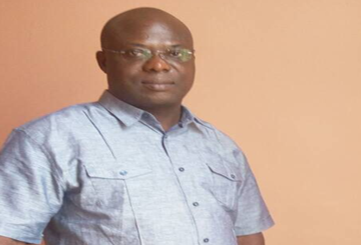 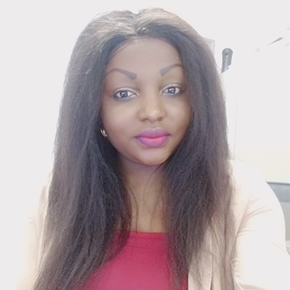 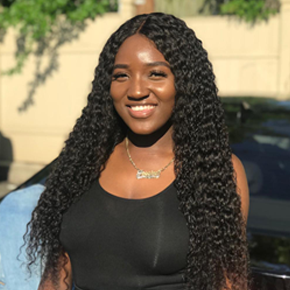 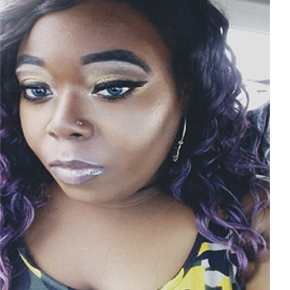 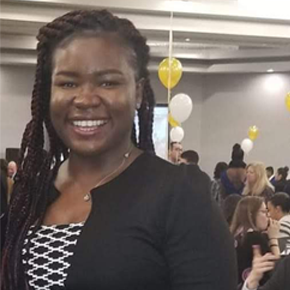 Though the idea for a Young Adult forum had been floated for a long time and took various meetings and deliberations among the Young Adult patrons, the first meeting did not hold until August 17th, 2019 and our host for the pioneer meeting of the Young Adult were the Osiene's family in Rockville Center New York, USA.


THE ISOKO PEOPLE OF THE LOWER NIGER

The Isokos are a unique and delightful people, a distinct ethnic group made of seventeen (17) clans with a total of about 500,000 people. Isoko occupies a space of land south east of Delta State of Nigeria; bounded by Kwale to the North, Urhobos to the West, Ndosimili/Aboh to the East; and the Ijaws to the South. The Isokos are a peaceful people as there are no records or history of conflicts or wars between them and their neighbors in the past.

Their occupation is farming, trading fishing and teaching. They thirst for education and they are progressing in this area. It is a happy note that today Isokos can be found in most of the professions in Nigeria, e.g. Law, Medicine, Engineering, Accounting, Education, Architecture, Survey, Estate Management, Journalism, Teaching, Business Administration, and general business, to name a few. No doubt, if the trend continues it will have a salutary effect on the development of Isoko in no distant future.

Oral history has it that the first group of Isoko ancestors migrated from Benin kingdom in about 1600 AD at the same time as the ancestors of Aboh. The ancestors in this first group were EROWHA (The Senior), UZERE, and OKPE. Isoko oral history also told that the second group led by ancestors of IYEDE left Benin about 1650-1700 AD during the reign of Oba Ozolua, the Oba of Benin. After, a short while the ancestors of Ughelli, Ogor and Agbarha-Otor (3 brothers) in Ughelli North local government area followed the trail of IYEDE ancestors and settled in their present sites.

Between 1600-1700 AD there were many migrations from Benin Kingdom to many parts of the present Edo and Delta states as a result of incessant internecine wars coupled with the unbridled wickedness of the princes of Benin Kingdom.

There were further migrations by some of the first and second groups of migrants to other areas and in some cases their children moved from their parents’ settlements to settle in virgin lands.

The ancestors of Effurun-Otor in Ughelli local government area, LGA, came from ERHOWA in Isoko South LGA whilst Effurun in Uvwie clan migrated from Effurun-Otor. Ekpan and Ugborikoko towns moved from Effurun to settle in their present sites.

The present Okpe Clan in Urhoboland i.e. in Okpe and Sapele LGAs migrated from OKPE in Isoko along with Ozoro. Ozoro settled in their present site whilst Okpe went further to Orerokpe their present settlement. Ofagbe clan came from Okpe.

Emevor and Owhe clans migrated from IYEDE; and also Ibrede and Iyede-Ame in Ndokwa LGA are direct descendants of from IYEDE to settle in their present sites. Ellu clan, i.e. Ellu, Aradhe and Ovrode are descendants of Owhe. The ancestors of Aviara migrated from Benin and came to its present settlement through the river Niger. The only Isoko community that migrated from Urhoboland is Olomoro clan which descended from Olomu clan in Ughelli South LGA about 1750-1800 AD.

The ancestors of all the clans in Isoko migrated from Benin with the exception of Igbide, Okpolo/Enwe and Umeh in Isoko South LGA and Evwrheni, now in Ughelli South, which came from east of the river Niger, i.e. the present day Anambra, Bayelsa and Rivers States. They came through the river Niger to Isoko creek (a tributary of river Niger) near Patani, and advanced inland to settle in their present sites. Umeh ancestors came from Onya on the river Niger (opposite river Nun, a tributary of river Niger) and came through Isoko creek near Patani and advanced inward to settle on the banks of Isoko creek where they are at present. There was further movement of Owhawha ancestors from Igbide in Isoko South LGA to settle in Jeremi clan, Ughelli South LGA.

The re-migration of people from Isoko to Urhoboland was due to insufficient choice of land for settlement and also due to constant flooding during rainy season and also due to river Niger overflowing its banks.

Before the advent of the British to the Niger Delta the communities in Isoko were frequently engaged in conflicts between and amongst themselves owing to disagreements resulting from ownership of land and struggle for crude power to have dominion over others. The salutary point however, was that wisdom prevailed in the long run, and as a result the leaders initiated and entered into covenants between themselves to ensure sustainable peace. Some of the covenants are still in existence today and they are respected by the communities that covenanted as they were respected in those days. For example, the covenant between Erhowa, Iyede and Aviara is highly respected and feared. It promotes peace and understanding among the people of these communities; no evil or harm is done to each other under any circumstances. The one between Igbide and Oyede is also highly respected.

THE CREATION OF ISOKO DISTRICT COUNCIL

In 1951, the Richards Constitution came into operation in Nigeria. The Western Region Delimitation Commission created two constituencies from Eastern Urhobo Native Authority, NA, and elections to the Western House of Assembly were conducted by Electoral College system on individual or personal basis, although political parties were behind the candidates. Chief James Ekpre Otobo from Uzere for Isoko; Chief Mowarin for the other side of Eastern Urhobo NA. They both contested and won their elections to the Western House of Assembly, Ibadan. Chief James Otobo for NCNC and Chief Mowarin for Action Group.

At the 1954 general elections, Chief James Otobo again contested, this time under the platform of NCNC party and won and was returned to the Western House of Assembly. In 1957 Isoko was given a modicum of independence by the creation of Isoko District Council from Eastern Urhobo NA. Chief James Otobo influenced the creation during his tenure as a member representing Isoko at the Western House of Assembly, Ibadan.

Donate For A Greater Isoko Nation

The Isoko Association of New York, USA - Young Adults (IANY-YA) is a non-profit organization. We believe in helping children, families and communities back in our motherland Isoko- Delta state, Nigeria to provide education, health care resources and improve the general quality of life for the less privileged in our community. 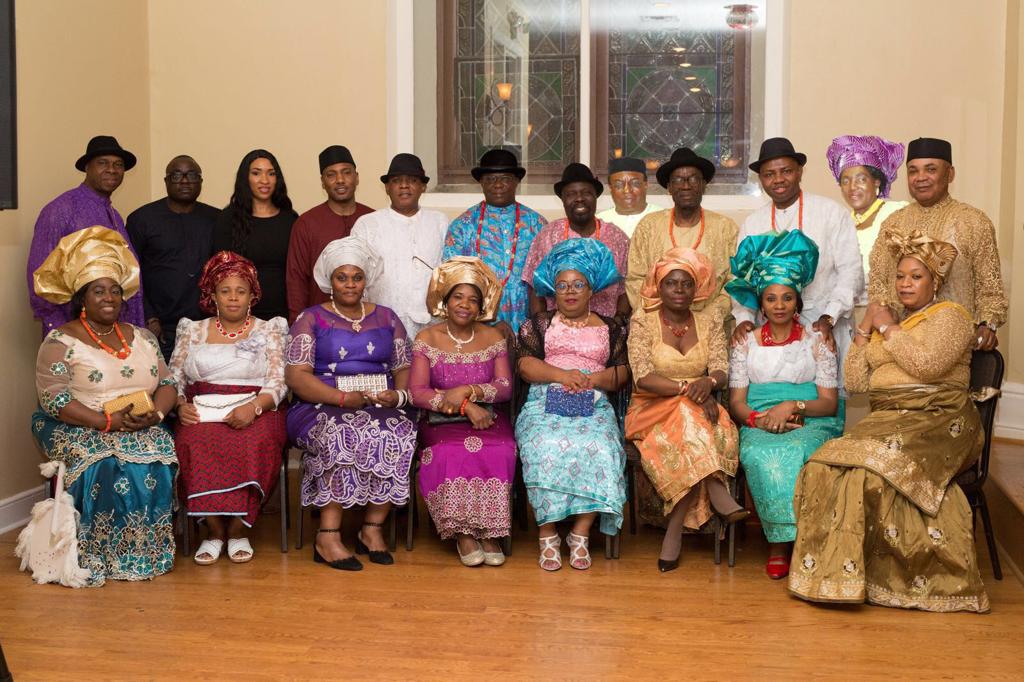 Membership eligibility is open to all Isoko person by birth, marriage, adoption and to others who identify with our mission. Membership is granted after the completion and receipt of a membership application and the payment of a one-time registration fee and the current month due as determined by the Association.

Membership rights and powers shall be as set forth in the article of Incorporation and in any policies duly adopted by the Corporation. Except as may otherwise be provided by law, the Article of Incorporation, or by the Bylaws of the association. The association shall determine the number, qualification, rights, privileges, dues, fees, responsibilities, and the provisions governing the withdrawal, suspension, and expulsion of members. All members in good standing as defined in Isoko association bylaws have the right to vote and be voted for all such occasions.

To become a member please complete the below form and submit. Thank you for your interest in joining the Isoko Association of New York, USA - Young Adults.